The Create View displays the Spacemap and Trajectory libraries. Tap the SPACEMAPS and TRAJECTORIES buttons at the top of the view to switch between the libraries. 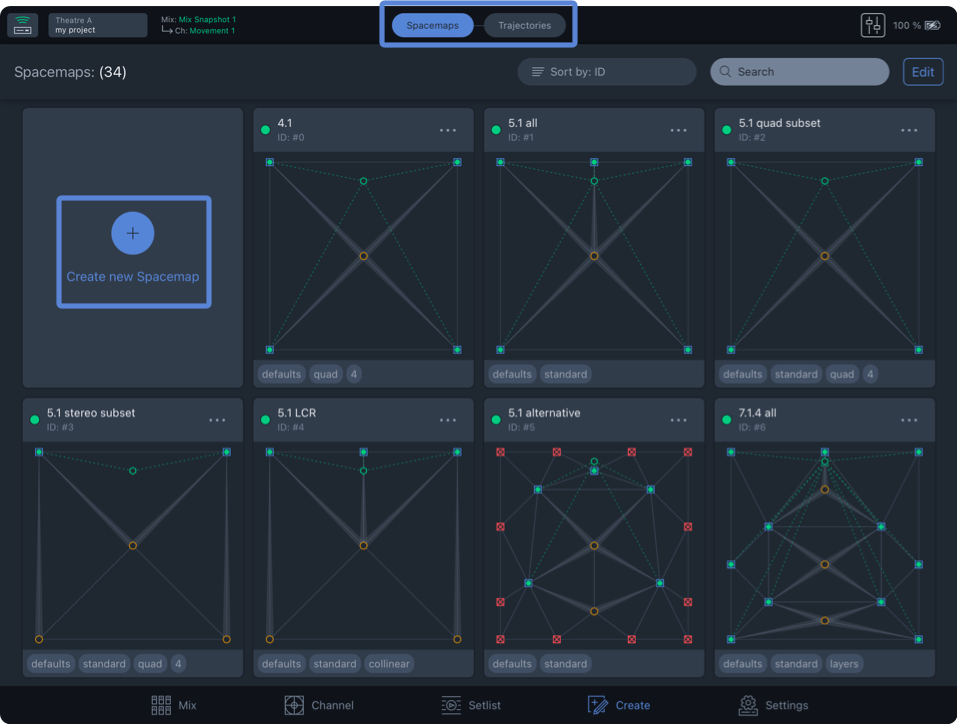 For personal assistance, please visit: meyersound.com/contact, select Technical Support, and use the form to create a support case.